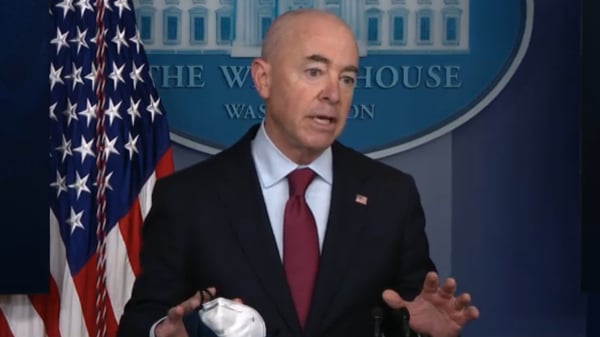 "The prior administration dismantled our immigration system in its entirety," Mayorkas said. "Quite frankly, the entire system was gutted."

He said it will take time to rebuild the system "from scratch."

Mayorkas denied there is a "crisis" at the border.

"I think here is a challenge at the border that we are managing, and we have our resources dedicated to managing it," he said. 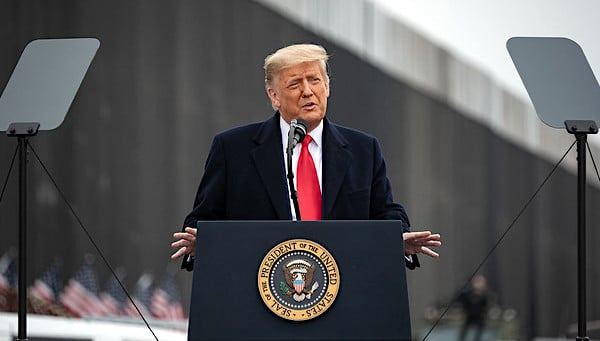 Fox News White House correspondent Kristin Fisher noted there are 200 migrants children a day arriving at the border. And Customs and Border Protection projects a peak of 13,000 unaccompanied children arriving during the month of May.

Mayorkas was asked what is being done between now and then to handle the surge.

"Let me answer that question with tremendous pride. The men and women of the Department of Homeland Security are working around the clock, seven days a week to ensure that we do not have a crisis at the border, that we manage the challenge, as acute as the challenge is, and they are not doing it alone," he said.

Since there are between 3,000 and 4,000 arriving daily, Fisher continued, how is that not a crisis?

"I have explained that quite clearly," Mayorkas replied. "We are challenged at the border. The men and women of the Department of Homeland Security are meeting that challenge."

Reacting to Mayorkas' comments, former Trump director of national intelligence John Ratcliffe said that "when Trump was still president there wasn't a crisis or an issue at all at the border."

"As a result, we now have an issue that hasn't existed for two years," he said.

When there was a crisis two years ago, he said, it ended when Trump worked with Mexican President Manuel López Obrador to enforce Mexico's southern border, which had been allowing illegal immigrants to come from Honduras, El Salvador and Guatemala.

"As a result, that crisis went away," the former Texas congressman said.

"I hope this is not a situation where the Biden administration is quick to say, 'Trump's immigration policies were cruel, we're going to do something different,' when very clearly we can see the effect of that is it's creating a crisis at the southern border of my state."

The DHS chief advised asylum seekers to wait before traveling north on the "dangerous journey," because Biden will make the process easier.

"We need individuals to wait," he said. "They will wait with a goal in mind, and that is our ability to rebuild, as quickly as possible, a system so that they don’t have to take the dangerous journey and we can enable them to access humanitarian relief from their country of origin."

Mayorkas was asked how Biden is handling immigration differently.

"The Trump administration expelled children to Mexico. And we are not expelling young children," Mayorkas said.

"We are not apprehending a 9-year-old child who's come alone, who has traversed Mexico, whose parents — whose loving parents — had sent that child alone, we are not expelling that 9-year-old child to Mexico when that child’s origin, country of origin, was Guatemala, Honduras or El Salvador."

Mayorkas said DHS is "actually bringing that child into a Border Patrol station as a stepping point to get that child in the hands of HHS, that has the capacity and in the unique talents to care for the child — health care workers, mental health counseling and the like — and moving that child to a sponsor as quickly as possible."

Democratic Rep. Alexandria Ocasio-Cortez, D-N.Y., and others from her party's far left have condemned Biden's detention camps unaccompanied minors as similar to the ones described as "kids in cages" under Trump.

In his CPAC speech Sunday, Trump charged "Biden has triggered a massive flood of illegal immigration into our country the likes of which we have never seen before."

"They're all coming because of promises and foolish words," he said. "Perhaps worst of all, Joe Biden's decision to cancel border security has singlehandedly launched a youth migrant crisis that is enriching child smugglers, vicious criminal cartels and some of the most evil people on the planet."

“The men and women of DHS are working around the clock seven days a week to ensure we do not have a crisis at the border... We are meeting that challenge.”
pic.twitter.com/WCu1RLWt5P

"It takes time to build out of the depths of cruelty that the administration before us established" pic.twitter.com/65rgeS1SUp