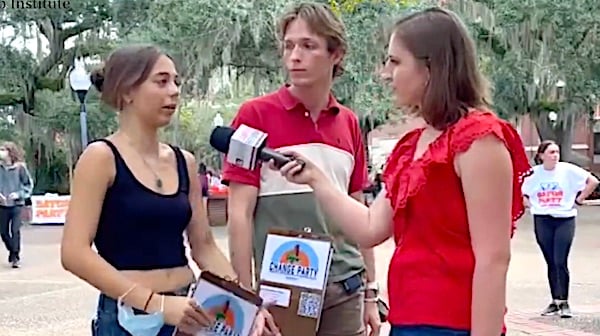 A Campus Reform reporter asks University of Florida students if they believe the U.S. Constitution is relevant today (Video screenshot)

Ahead of Constitution Day on Friday, dozens of University of Florida students who were asked if they believe the U.S. Constitution is still relevant today signed a petition to abolish it and create a new, "more inclusive" document.

A reporter for Campus Reform found many who believed the nation's founding document is outdated and should be scrapped.

Another said there are "a lot of outdated things in there that nowadays aren’t accepted."

"It should be abolished,” one student said. "It's time for a new Constitution."

The Campus Reform reporter, Ophelie Jacobson, asked the students if they believe the Constitution is a symbol of patriarchy.

"The time period was rich old white men, and that's exactly what that document says, and stands for and vouches for," one student said.

Another claimed the Constitution is a root of America's problems.

"It's one of them, you can also lead it back to capitalism," the student added.