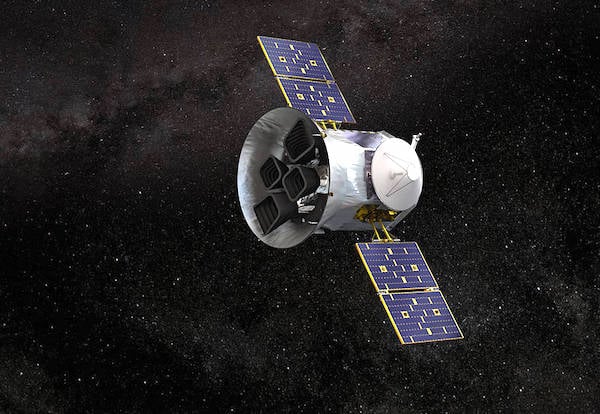 An expert on China is warning that the Communist regime in control in Beijing has launched into an orbit – where satellites critical to America's Nuclear Command, Communications and Control system are located – a satellite "crusher."

Gordon G. Chang explains in a column at the Gatestone Institute, where he is a senior fellow and advisory board member, that the satellite, Shijian-21, was just launched on Oct. 24 and according to the China Aerospace Science and Technology Corp., will provide the ability "to alleviate and neutralize space debris."

But, he noted, China perceives American satellites as "debris."

"Shijian-21 has a robotic arm that can be used to move space junk—there are more than 100 million pieces of it floating around the earth—or capture, disable, destroy, or otherwise render unusable other nations' satellites," Chang wrote. "That arm makes Shijian-21 a 'satellite crusher.'"

He reveals that Brandon Weichert, who has written about America's efforts in space, confirmed the satellite was in "geosynchronous orbit, where many of America's most sensitive satellite systems … are located."

"Because the U.S. satellites in geosynchronous orbit are so far away from earth, they are both expensive and hard-to-replace," he explained. "Losing any of these systems, with no replacements on hand, would give China's military an unprecedented advantage in the event of an outbreak of hostilities."

Further, Chang confirms he's learned the Chinese have designed in their new space station ways "to incorporate additional large military modules that can be equipped with lasers, microwave, or missile-based anti-satellite systems."

And they've already simulated a mission to intercept the International Space Station, coming within only 45 kilometers several years ago to launch a "microsatellite."

Weichert noted that Washington has taken space superiority for granted for years.

And there was a superiority, but political leaders chose a go-slow approach on anti-satellite weapons "for fear of triggering a competition," Chang wrote.

"That view was the product of a fundamental misunderstanding of Chinese and Russian attitudes," Chang wrote. "The misunderstanding also directly led to America falling behind in another crucial space technology. The U.S. was the early leader in hypersonic flight with the X-15 reaching Mach 6.7—6.7 times the speed of sound—in 1967. Now, however, America is about a half-decade behind China. The U.S. is also trailing Russia."

But American restraint simply took the nation behind China especially in the "ability to take down satellites," Chang said. Or launch hypersonic missiles around the globe.

Weichert backed the opinion, with, "The Shijian-21 satellite is a game-changer. It is a real-world offensive capability that can hunt and destroy American systems and render the U.S. military on earth deaf, dumb, and blind."

Chang charged, "The U.S. has the ability to catch up, of course, but big course corrections are necessary. For one thing, American satellites are easy pickings for the Chinese military. As General Hyten put it, 'we actually put the president in a tough spot because we have a handful of fat juicy targets, while the adversary has built hundreds of targets that are difficult to get after.'"

One solution might be, he said, "lower-cost surveillance satellites that … can be mass produced and deployed fast."

Already working on that idea, he reported, is Elon Musk, whose Starlink network of low-earth orbit satellites is expected to have 42,000 components "that can be used by the satellite-dependent U.S. military when China has crushed, lasered, shot down, or bumped out of orbit America's military assets in space."