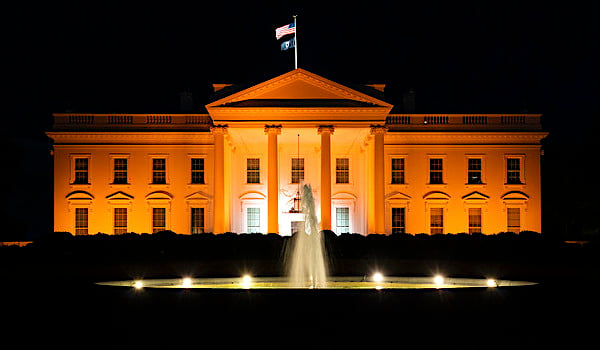 A business associate of Hunter Biden who headed a company with Chinese Communist Party ties visited the White House multiple times as his financial influence rose, according to a new report from Fox News.

It was Francis "Fran" Person who visited White House, then occupied by Barack Obama and Joe Biden, "at least seven times" during 2015 and 2016, the report said.

He previously had been adviser to Biden, but then became "president of a DC-based company founded by a Chinese executive with ties to officials at some of the highest levels of the Community Party of China," the report explained.

The Biden family's connections with foreign governments, business dealings with foreign organizations, and payments from those groups long have been a controversy for the family.

Now, the report explains Person, "who emailed with Hunter Biden and his longtime business partner Eric Schwerin frequently about business dealings associated with the Harves Group in 2015 and 2016, made multiple visits to the White House during that time, including attending a White House holiday reception in December 2015 with Bo Zhang, the Chinese executive who founded the Harves Group."

Reportedly Person was meeting with his sister, Anne Marie Muldoon (Person), who had worked for Schwerin and Hunter Biden at Rosemont Seneca Partners before working in Biden's office in 2014.

Person, who was an adviser to Joe Biden and reportedly traveled with him to 49 of the 50 countries Biden visited from 2009 to 2014, left the White House in 2014 to work at the University of South Carolina, but only months after that became president of Harves Group, the report said.

Person told Fox News Digital that his visits to the White House, while working with a China-linked company, were "personal."

"Those visits were personal in nature, visiting with old colleagues and friends whom I served with during my six years working there, and completely unrelated to my work with Harves Entertainment which was creating experiences and attractions with iconic brands across the sports and entertainment industry," he said.

The report said at one point the executive's father-in-law, Liu Cigui, was elected the Communist Party secretary of Hainan and was considered a "loyalist" to Xi Jinping.

Fox explained the ties, "Harves Century Group, the China-based entity owned by Zhang's parents, is backed by the state-owned China Development Bank. It is the parent company of multiple U.S.-based Harves affiliates, including Harves Investment Group (HIG), Harves Sports, and Harves Global Entertainment, where Person is now the CEO, according to his LinkedIn. He is also the CEO and co-founder of DreamCube Innovations, a company that Fast Company described as an 'enticing new technology and brand that’s already signed deals with the NBA as well as with the Manchester United soccer club' that is set up 'across China.'"

Instead of responding to a Fox inquiry about Person's White House visits, the Biden White House criticized President Trump.