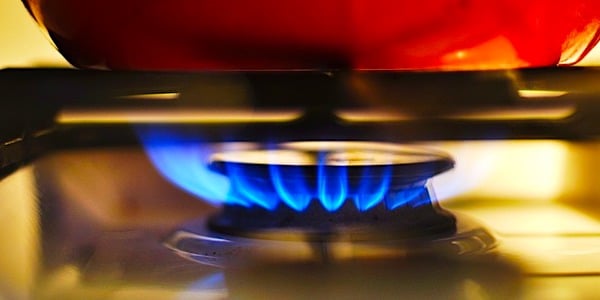 The green agenda coalition now is demanding the elimination of natural gas furnaces and appliances in homes nationwide, a move that could trigger replacements costs of $12,000 for homeowners.

And the plan is being slammed as representing a federal government "out of control," according to a state lawmaker.

The plan is being pushed by the Sierra Club and dozens of other "environmental" groups, who are demanding the Environmental Protection Agency ban the use of natural gas for home heating – everywhere in the country.

The groups' petition claims that the federal agency absolutely has to regulate "deadly pollution" from the energy source.

A report in the Denver Gazette explains, "The petition, sponsored by the Sierra Club, claims fossil fuel-fired home furnaces, water heaters, clothes dryers and stoves emit enough nitrogen dioxide (NOx) and carbon dioxide (CO2) that they must be classified as 'new stationary sources' of air pollutants, placing them in the same regulatory regime as power plants and factories."

U.S. Rep. Lauiren Boebert, R-Colo., was direct in responding that "unelected bureaucrats do not have the power to unilaterally decide major questions" such as how Americans heat their homes.

"We are facing the worst energy crisis since Jimmy Carter, yet these inflation-loving leftists are more worried about how to take away Americans’ reliable heating than they are about creating viable solutions," she charged.

The move is part of the ever-surging green agenda being pushed onto Americans by political leftists – who have found a welcoming White House with Joe Biden in residence.

Other plans have involved, already, the shutdown of major pipelines that would have supply America with significant energy resources, gasoline prices that surged to the $6 a gallon level before a slight decline in recent weeks, demands for everything electric, including cars, even though the nation's grid cannot support that industry without a major rebuild, and more.

In response, Colorado Oil and Gas Association President and CEO Dan Haley said, "The Sierra Club is always looking for ways to ban natural gas, but Americans like natural gas because it’s safe, affordable, and convenient. Consumers will not take lightly the Sierra Club taking away their gas fireplaces, stoves, and barbecue grills. This petition is going nowhere."

It was state Sen. Jerry Sonnenberg, R-Sterling, who described Biden's federal bureaucrats as "out of control."

"Both our federal and state regulators are creating uncertainty by trying to move everyone to use anything electric, which we don't have enough electricity to power. Nobody wants that except for the regulators, who refuse to see the harm they are doing," he said.

"The power that these agencies want to exert over families trying to make ends meet with the high inflation is ridiculous. I trust the people to make the decisions that best fit their budget and needs, rather than government telling them they know what is best for these families. Eliminating consumer choices to one option is never a good policy."

The Denver Gazette noted that the demand would force homeowners to replace gas appliances, and trigger a surge in the cost of new homes.

"We just don't have enough resources to go around, especially when we start to look at how can we reach our most vulnerable Coloradans that are on the edge of solvency," said Peter LiFari, executive director of Adams County's housing authority.

And the Gazette added, "Developer Tim Walsh, who won his Republican primary race for the legislature in June, told The Denver Gazette that his industry has talked to manufacturers about developing advanced cold-weather heat pumps on a larger scale to bring their cost down, but there 'just isn't a demand there to do that.'

"So, it's fairly expensive. If your furnace goes out and you need to replace it with a heat pump versus a gas fired furnace, it's probably going to be $10,000 to $12,000. I think it's going to disproportionately hurt the lowest-earning people in Colorado."