A column by the New York Post's Miranda Devine has documented complaints from current and former FBI agents that the bureau's director, Christopher Wray, essentially has been treating the government jet used by the FBI for his own purposes.

Her column points out that agents have confirmed that something "as simple as using a government-issued vehicle or other device for personal use" can be considered embezzlement under Title 18, U.S.C. 641.

After all, similar circumstances in the past have been used "in the indictment, guilty plea and firing of an FBI inspector, and two former FBI directors, one who resigned short of their term, and the other who was fired by President Bill Clinton," she explained.

The jet was provided to the FBI to be used for counterterrorism purposes, Devine explained.

But some interesting questions have arisen.

"A lot of other Americans would like to know why Wray cut short a Senate oversight hearing on Aug. 4 to fly in the FBI jet to his family holiday destination in the Adirondacks, after telling Sen. Chuck Grassley (R-Iowa) that he had 'business' to attend to," the report explained. 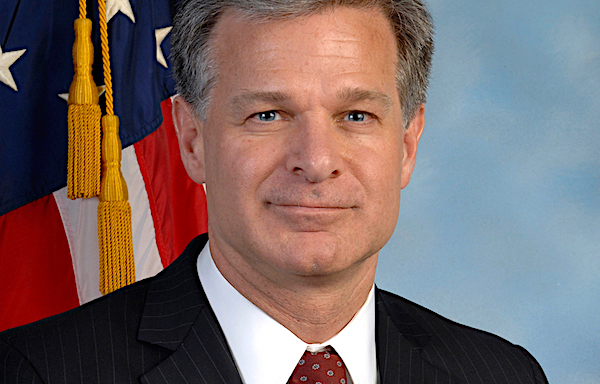 Should the FBI director be investigated and charged with a crime for using the FBI jet for personal use?
100% (293 Votes)
0% (1 Votes)

"Republican members of Congress sent a formal letter to Wray on Aug. 15 asking whether the flight was in 'compliance with the applicable federal regulations and requirements' and whether he is 'properly reimbursing federal taxpayers for your personal travel aboard government aircraft.'"

The jet, a Gulfstream G550, hasn't been back to that vacation destination, Saranac Lake, again, she reported, "But the jet has been flying back and forth an awful lot to Atlanta, where Wray has a house in the exclusive Buckhead district."

In fact, eight trips to Atlanta in just the last four months.

"It could be that Wray has important FBI business in Atlanta, but it currently is the No. 1 most popular destination for the FBI jet — and Wray’s roots in the city run deep," she said, citing the fact that Wray's wife, Helen Howell Wray, is from that city "where her family has been part of the elite for seven generations."

Wray himself lived in Atlanta after leaving Yale Law School.

"Perhaps, at 55, Wray is planning for life in Atlanta beyond the FBI, where it is almost certain that his career will be cut short once Republicans take charge of his employment," Devine explained.

"Whatever was the purpose of all those flights to Wray’s hometown, they have set tongues wagging among current FBI agents. They have shared with former agents their suspicions that Wray is treating the FBI jet like his own private plane, and allege it amounts to 'embezzlement' of government property which is when someone 'knowingly converts government property to one’s own use,'" Devine explained.

The FBI has seriously undermined its own reputation as a neutral law enforcement agency in recent years, colluding with Democrats including Hillary Clinton to create the now-debunked "Russiagate" conspiracy theory against President Trump, and just weeks ago, launching an armed raid, with dozens of SWAT-like agents, on Trump's home in a dispute over paperwork. Further, the FBI has been accused of abandoning work on major crime problems, such as child pornography, in order to bring questionable cases against pro-life interests and others who would be considered critics of Joe Biden.