When President Joe Biden stood before Independence Hall, the red stage lighting suggested the building was symbolically burning, and the U.S. Marines suggested the military must take action to defend "democracy" here at home.

Biden used the stage to launch a verbal assault on each and every one of 75 million Americans who voted to reelect Donald Trump. The American were fools, vagrants, evildoers, semi-fascists, enemies. Pick your word.

The scene was abhorrent. The message supported revolution, not a popular revolution but a top down revolution. Once shocked Americans got past their initial reactions, it was time to ponder the motivation for the spectacle. Uttered just weeks before the Nov. 8 midterm, the insults hurled at Americans made one wonder why any politician would do this. It would seem to be political suicide, unless, of course, the election was already in the bag.

But what about Russia? Biden is president. It is his duty to guide the nation away from nuclear war, not promote it. Why thrust himself out in front of his own failure? Everyone in America, left or right, knows the Democratic Party has been lashing out at Russia for six years. For Democrats, there is no threat greater than Russia, Russia, Russia.

So why threaten Americans with nuclear annihilation? Biden and his handlers must be convinced they can say and do anything and still sweep to victory on Nov. 8.

People are voting today, and the official election date is less than two weeks away. So is this election going to end in divisiveness as did the last one?

One of Joe Biden's early acts was to issue Executive Order 14019 in March of 2021. He ordained all federal agencies must actively promote voter registration and voter participation. Sounds good, but is it?

The U.S. Constitution empowers the states to conduct elections, but Biden waved that away with his executive order. Executive orders are not a legal substitute for congressional lawmaking. So what did Joe Biden and his team want the federal government to do? How was his sweeping, revolutionary order translated by the bureaucracy?

Inquiring minds wanted to read the specific documents and plans. After all, the details about the voting process are basic to freedom.

Team Biden said the public is not entitled to know what is going on with the vote. Merrick Garland and the Department of Justice went into action to make sure the public did not learn about the Biden voting master plan. The formal excuse to keep voter registration processes secret was "presidential communications privilege" and the fear, at least in the White House and the Justice Department, that there would be "public confusion" if we knew what was going on. Right! In fact the public might be really agitated! The public might be enraged!

What does the Biden order mean when it references encouraging "voter participation." Is the national government going to bus the homeless to the voting booths? Is it going to run get-out-the-vote public service announcements, and if so, are these to be aired only in Democratic districts?

What the hell is Biden doing to the elections system in America, and why won't he tell us what he has ordered? Given that the DOJ is in court fighting to keep the answers to those questions a secret, how can America trust the results of its elections? Perhaps with the federal SWAT teams and lawyers targeting political critics, U.S. elections will be decided in the same manner as those in Communist China, Russia, Cuba and Iran.

In the most recent national election, the winning political party openly disparaged the losing party. It was not enough for them to win; they had to spend all their time up to the next election trying to destroy the opposition.

In the one-party state of California, most candidate political flyers do not even mention party affiliation. Party endorsements are verboten as well, as these might hint at a party affiliation other than the dominate Democratic Party.

Never assume a firearm is not loaded. And never assume the election is in the bag. The conservatives, those brave enough to be identified as such, are "cautiously optimistic" the public will reject the terrible excesses of Joe Biden and his ruling team.

A Democratic victory this November, will dissolve the trust many Americans have in the system. The election outcome might be compared to the Hunter Biden situation. Hunter Biden is free today because his daddy uses his political power to make sure his son is not held to the same standards as, say, a pro-life protester outside an abortion clinic.

How will Americans react if the secret federal campaign to register people and get out the vote results in an overwhelming win for the people who blew up the economy, destroyed the border, abandoned Afghanistan and then rushed into Ukraine, focused the attention of kindergarteners on their sex organs and declared the United States of America racist to the core?

A Democratic victory would mean those obscenities are a winning strategy, and it also means it is only a matter of time before the nation goes kaput. 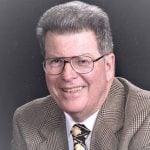