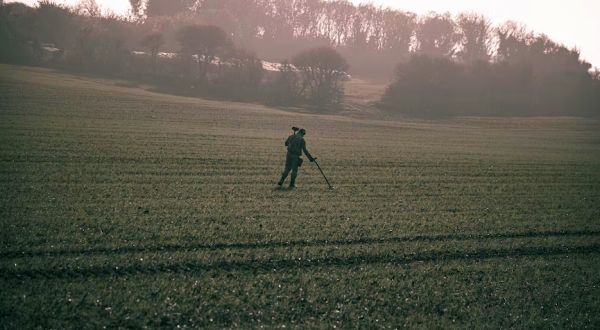 (DAILY HEADLINES) – Everyone has a childhood fantasy of discovering treasure. All of us have watched movies where a mismatched bunch of pals discovers hidden treasure. But one young guy made that wish come true.

The father and son team literally found gold and made a priceless historical discovery. Surely the 3-year-old James Hyatt has just his “beginner’s luck,” If there’s maybe such a thing.

The very first time James went treasure hunting was when his father initially brought him metal detecting one afternoon. But for James’ granddad, since he has been searching for treasure for 15 years, it wasn’t the first time. However, in his granddad’s career being a treasure hunter, James his grandson had struck gold minutes into his first attempt at treasure hunting!