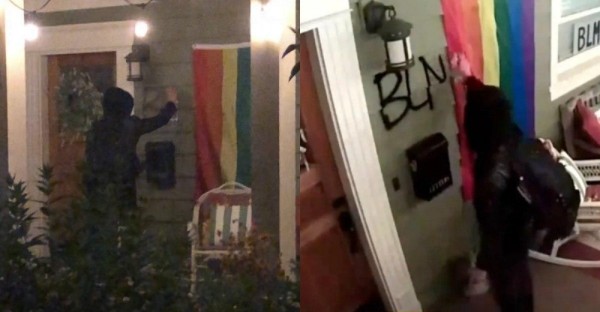 It's been said that a conservative is a "liberal who has been mugged." 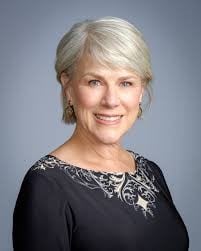 But she sounded an awful lot like President Trump when, a little less than two weeks after kneeling before activists, a gang of 50 protesters vandalized her home.

"I'm really trying to process this," she told the Olympian newspaper the day after the incident last Friday. "It's like domestic terrorism. It’s unfair.

"It hurts when you’re giving so much to your community," she said.

During a protest June 1, the Democratic mayor was seen on video drawing cheers from a crowd as she kneeled before black-clad activists.

But 12 days later, when about 50 "black-clad protesters," according to The Olympian's description, began smashing windows, burning flags and spray-painting businesses downtown, Selby's home was targeted.

When they reached her house, the group chanted "abolish the police," and a person spray-painted her front porch and door with "BLM."

The paper said Selby and her family were not home that night.

She said she felt badly for her neighbors, who fear protesters will return.

"People have so little grace for each other right now. We need to have more grace," Selby said.

Last Thursday, Seattle Mayor Jenny Durkan, some 60 miles to the north,  scolded President Trump for calling protesters occupying part of her city "domestic terrorists," insisting they be regarded as patriots.

Olympia Police Lt. Paul Lower said there was so much vandalism Friday night in the capital city that the police department would not have all of its reports completed until Sunday.

The paper reported Olympia police remained on the periphery of the protest.

The mayor said she's facing three crises at once: COVID-19, homelessness and "400 years of racial injustice."

She has three years left in her term.

"I'm no quitter. I will continue to try and move this community forward," she said.

See video of the mayor at the June 1 protest:

Israel world No. 1 in daily COVID cases per capita

Moderna shot can cause hepatitis