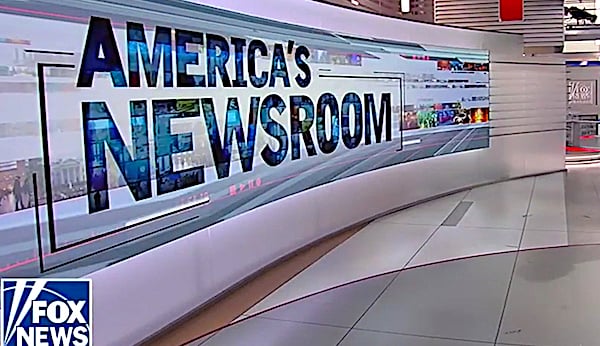 The campaign by the left-wing watchdog Media Matters to remove Fox News from cable and satellite TV systems is getting a boost from a prominent New York Times columnist and a hearing in Congress this week.

The House Democrat-led hearing on Wednesday, which also targets Newsmax TV and OANN, is based on the charge that the networks broadcast disinformation about the COVID pandemic and the 2020 presidential election, reported the Gateway Pundit blog.

In a column earlier this month -- titled "Can we put Fox News on trial with Donald Trump?" -- Nicholas Kristof pointed out to his readers that even "if you don't watch Fox News, you still subsidize it with your cable subscription."

He promoted the Media Matters campaign, launched in 2019, called "UnFoxMyCableBox." It urges liberals to demand that they stop being charged for Fox News and Fox Business as part of bundled packages.

"Given all the damage that Fox News has caused and the threat that it remains, they absolutely should unbundle Fox News," Carusone told Kristoff. "It's not a news channel. It's a propaganda operation mixed with political smut. If people want that, they should be forced to pay for it the way that they pay for Cinemax."

Calling Fox News a "co-conspirator" with Trump, she said "we can't impeach Fox or put Carlson or Sean Hannity on trial in the Senate, but there are steps we can take — imperfect, inadequate ones, resting on slippery slopes — to create accountability not only for Trump but also for fellow travelers at Fox, OANN, Newsmax and so on."

Carusone charged that in 2020, Fox News "made us sicker and put up obstacles to the pandemic response by flooding the airwaves with over 13,150 instances of COVID misinformation."

"They fomented racial animus and promoted white supremacy as a response to the Black Lives Matter demonstrations. And, in the first two weeks after the election was called for Joe Biden, Fox News laid the groundwork for the attack on the Capitol by challenging the results on 774 individual instances with wild conspiracies and flat-out fabrications," she said.

The lawmakers asked: "Are you planning to continue carrying Fox News, OANN, and Newsmax on your platform both now and beyond the renewal date? If so, why?"

"To our knowledge, the cable, satellite and over-the-top companies that disseminate these media outlets to American viewers have done nothing in response to the misinformation aired by these outlets," wrote two Democratic representatives from California, Anna G. Eshoo and Jerry McNerney.

The lawmakers wanted to know what steps were taken prior to the Nov. 3, 2020, elections and the Jan. 6, 2021, riot at the Capitol "to monitor, respond to, and reduce the spread of disinformation, including encouragement or incitement of violence by channels your company disseminates to millions of Americans."