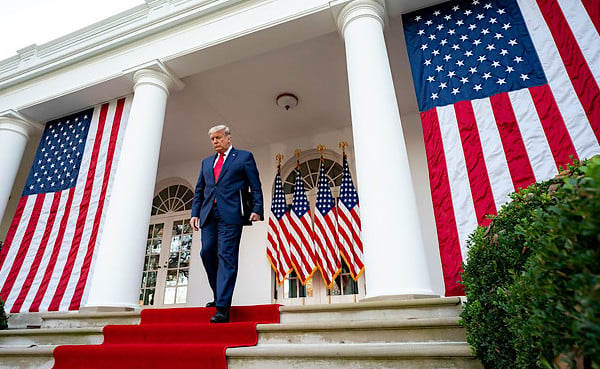 Joining about a dozen Republican colleagues who pledge to challenge Electoral College votes on Jan. 6, a Texas congressman has formally asked his state's two U.S. senators to join him.

Republican Rep. Lance Gooden said in a letter Tuesday to Republican Sens. Ted Cruz and John Cornyn: "I intend to object to the certification of the Electoral College vote submissions on January 6th, and I respectfully ask you to stand with me," the Epoch Times reported.

A challenge to any state's Electoral College votes submitted to Congress for certification requires at least one House representative and one senator to object. If that happens, the House and Senate retire to their own chambers for a period of up to two hours. Members get up to five minutes to speak. Each chamber votes, with a simple majority required to uphold the objection. Democrats hold a 222-212 majority in the House, and the Senate majority will be decided by the two Jan. 5 Georgia runoff elections. If no candidate reaches a majority of 270 Electoral College votes, the vote for president goes to the House, with each state delegation getting one vote. Republicans have a majority of state delegations.

"We must stand up for the tens of millions of Americans who want answers to the irregularities surrounding this election," Gooden wrote. "It is our duty to ensure the integrity of our election is unwavering, and the American people deserve to feel confident their vote matters."

Gooden called for "a full audit of every ballot in states like Georgia, Arizona, Michigan, and Pennsylvania," where there have been "widespread reports" of fraud and irregularities.

No senator has committed to objecting, but Sen. Rand Paul, R-Ky., has indicated he might do it, as has Sen.-elect Tommy Tuberville, R-Ala.

At a Senate hearing last Wednesday, Paul charged that the 2020 election was "stolen," arguing courts never addressed the evidence.

"The courts haven't decided the facts. They never looked at the facts," the Kentucky senator said. "The fraud happened. The election in many ways was stolen and the only way it will be fixed is by in the future reinforcing the laws."

Rep.-elect Marjorie Taylor Greene of Georgia told the Washington Times that Trump voters will be watching their representatives closely on Jan. 6.

"This is their time, and if they have to go on record and show where their support is, then I believe the American people, the voters — Republican voters — need to know that," she said. "Over the past four years, Republican voters, their loyalty is now to President Trump — most of them — and not necessarily to the Republican Party."

She said Senate Majority Leader Mitch McConnell has turned his back on Trump by urging Republican senators not to join the House effort to challenge the votes.

"He was able to win with the president’s support, so I think Mitch McConnell should be the first one leading in the Senate," she said.

Greene and several other Republicans met with Trump at the White House on Monday for three hours to plan their effort to block Biden’s slates of presidential electors from at least five or six states.

"He was thrilled and excited," she said of Trump. "He's fought for the American people for four years, he fought harder than anyone. He said it over and over — 'Republicans need to fight harder.'"

White House Chief of Staff Mark Meadows tweeted after the strategy session that lawmakers were "preparing to fight back against mounting evidence of voter fraud."

Greene said Vice President Mike Pence, who will preside as president of the Senate on Jan. 6, was at the White House meeting and is "on board."

Pence promised in an address to the Turning Point USA conference in Florida on Tuesday that he will continue the fight.

Newly elected Republican congressman Madison Cawthorn of North Carolina is also on board.

"Not doing this to help my career in Washington, in fact this will most likely harm it," Cawthorn wrote. "But no one should go to Washington as a career. Go there to serve the people. And on behalf of the people I am contesting this election based on constitutional violations by key states."