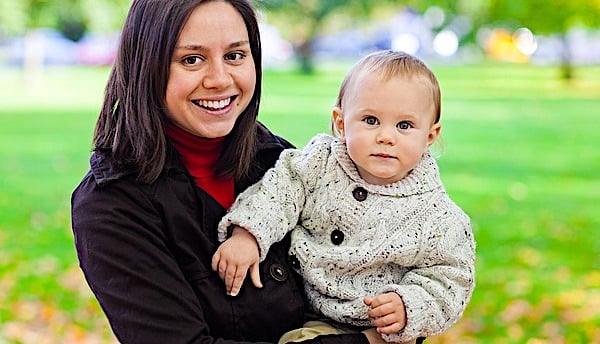 A senior contributor at the Federalist, Stella Morabito, has published a warning to parents that if leftists are not stopped in their agenda, moms and dads soon could need a "license" to raise their own children.

"Licensing of parents might still sound fringy, but it’s an old social engineering dream that dies hard. And they’re busily building the road to get there. Unless there is aggressive and sustained pushback, you can count on the idea invading the mainstream," she explained.

"So parents can’t let down their guard. They hold the key to getting through this wild ride."

In her warning, published at the organization's website, she cited the factors that are at issue now: the racist critical race theory that teaches all whites are racist in schools, "extremist" sex education that includes pornography, "social and emotional learning" instruction to tell children how they should feel, COVID-19 masks and vaccine mandates and more.

"All of these directives hijack the role of parents as the emotional and moral guides of their children," she said. "Parents ought to be asking: What next? If those trends are left unchecked, I think the answer could be the state licensing of parents."

While it may sound extreme, she pointed out that "let's not forget that critical race theory and transgenderism were once laughed off as fringy academic notions before they burst into newsrooms, then into classrooms and public libraries."

She pointed to instructor Hugh LaFollette who outlined "Licensing Parents" in a 1980 article, which suggested biological parent should be vetted under the same requirements as adoptive parents, with psychological testing and more.

Key was his claim that parents should not be considered to have "natural dominion" over their children.

Is government moving toward requiring licenses to raise your own children?
96% (689 Votes)
4% (28 Votes)

Thirty years later, LaFollette holds the same agenda, only this time with "an incremental path," she said.

He said parents should be required to take parenting classes and such.

Morabito said there have been efforts to undermine the nuclear family, by characters such as Karl Marx, who rallied for "abolition of the family," Hillary Clinton's "It Takes a Village to Raise a Child," and such.

Other activists on the agenda have been the "staunchly Marxist Black Lives Matter organization," the Biden administration and the Obama 2012 campaign's "Life of Julia."

Today, it's school boards that want parents to sit down and shut up regarding critical issues in classrooms that affect their children.

"The hot trend of disrespect for parental rights shouldn’t surprise us. We can feel it when schools hide health information from parents. We see it in legislation that allows minors to be taken in for abortions without parental knowledge or consent. It happens when schools hide from parents their child’s claim to be transgender. Judges have even stripped custody from parents who don’t want their minor child to take cross-sex hormones," she said.

She said three trends provide reason for alarm, the "growing propaganda campaign that vilifies family cohesion," the crusade for "sexual rights" and special privileges lawmakers have granted regarding sexual orientation and gender identity.

Her warnings include that CRT claims children in intact families have "unearned" privilege that must be dismantled, the claims that "sexual rights" are "human rights" and sexual orientation mandates like the proposed Equality Act that would injure parental rights.

She said that alone would "open the door for a state actor to declare 'unfit' any dissenting parent, Christian or otherwise. If that happened, we’d likely see more state-enforced procedures to determine parental fitness."